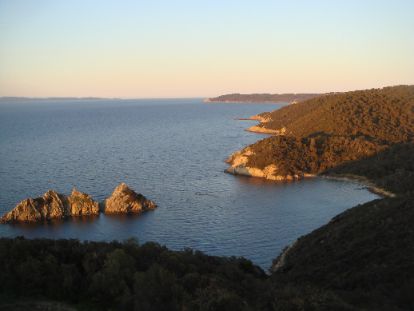 Title: Trophic ecology and impact of an introduced top-predator on islands. a case-study with feral cat.

Biological invasions are the first threat for the island biodiversity. Predators, particularly cats, were the most spread and damaging introduced species on island worldwide. Cats are adaptable predators, showing a generalist and opportunist trophic behaviour. They were able to feed on a wide range species, from small insects to large seabirds, according to their availability in the ecosystem. Cats were assumed to have an impact on at least 167 vertebrates (20 reptiles, 118 birds and 29 mammals) on 123 different islands, contributed to the extinction of at least 32 taxa.

On Hyères archipelago, the diet of this predator, studied by scats analysis, was mainly constituted by introduced mammals and birds. Only three preys, the introduced ship rat, the introduced rabbit and the Mediterranean endemic yelkouan shearwater, represented more than 90% of the daily ingested biomass. Thus, cats succeed in maintaining feral populations on these islands due to the abundant food resource represented by introduced mammals and its deleterious impact exerted on the yelkouan shearwater may be exacerbated via hyperpredation process.

The cat predation on the yelkouan shearwaters of Port-Cros Island was strong, responsible to several hundred shearwaters killed per year, recurrent and mainly exerted on prospecting birds. Cat impact was evaluated by using demographic matrix models according to the observed stable but small breeding population. Under such cat predation pressure, this small shearwater population need to be sustained by larger ones to avoid being driven to extinction. On Le Levant Island, the nearby shearwater colony of Port-Cros and one of the major breeding site for this seabird, cat impact was mainly focused during the prospecting period, like the one on Port-Cros, but the magnitude of predation was stronger, being responsible to the extirpation of thousands birds per year. Face to this strong threat of shearwater extirpation, cat eradication was conducted on Port-Cros Island.

The recovery of the shearwater population occurred (bird pairs increased by 40% on colonies monitored), especially due to the installation of new breeders on the colony, without any sign of mesopredator release. After cat eradication, rat abundance swang and even an increase of interactions between rats and shearwaters, no breeding failure was attributable to rats. Such eradication plans have to be reproduced on other islands, kipping in mind the need to determine biotic interactions before any management plan and to monitor the recovery of the ecosystem in a long-term perspective.